Erdnet owes nearly all of its architectural layout and design to that of the Soviets who worked to setup the town for mining in the 1960s and 1970s. As such, many of the buildings and structures feature unique 1970-Soviet building-style, including large identical blocks and the use of glass in many structures. Outside of this particular style, there are still many landmarks that showcase both the Soviet and the Mongolian cultural aspects of the town. 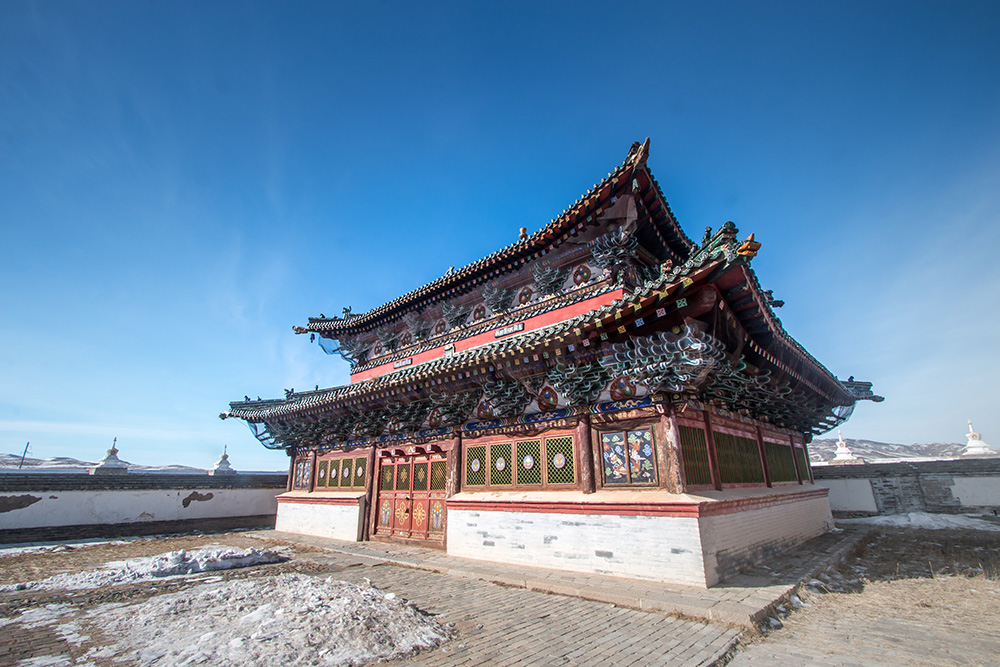 One of Erdenet’s most noteworthy icons is the Friendship Monument. This structure is located northeast of the Erdenet bus station and is a tribute to the friendship between Mongolia and Russia. The statue depicts both Russian and Mongolian women united and showcases the appreciation of hard work, the two planned economies and also showcases traditional dress. The best way to access the statue is to find the mural of Karl Marx (located slightly outside of the city centre) and past the bus station ticket window. Approximately 100 meters down the road, this monument is easily found.

Heading north from the Friendship Monument, visitors will find hills that are perfect for getting a full view of the city. One noteworthy icon here is the Erdenet Buddha statue, location on the hill beyond the Friendship Monument. This is one of Erdenet’s best examples of Buddhist culture having escaped destruction during the days of Mongolian socialism. 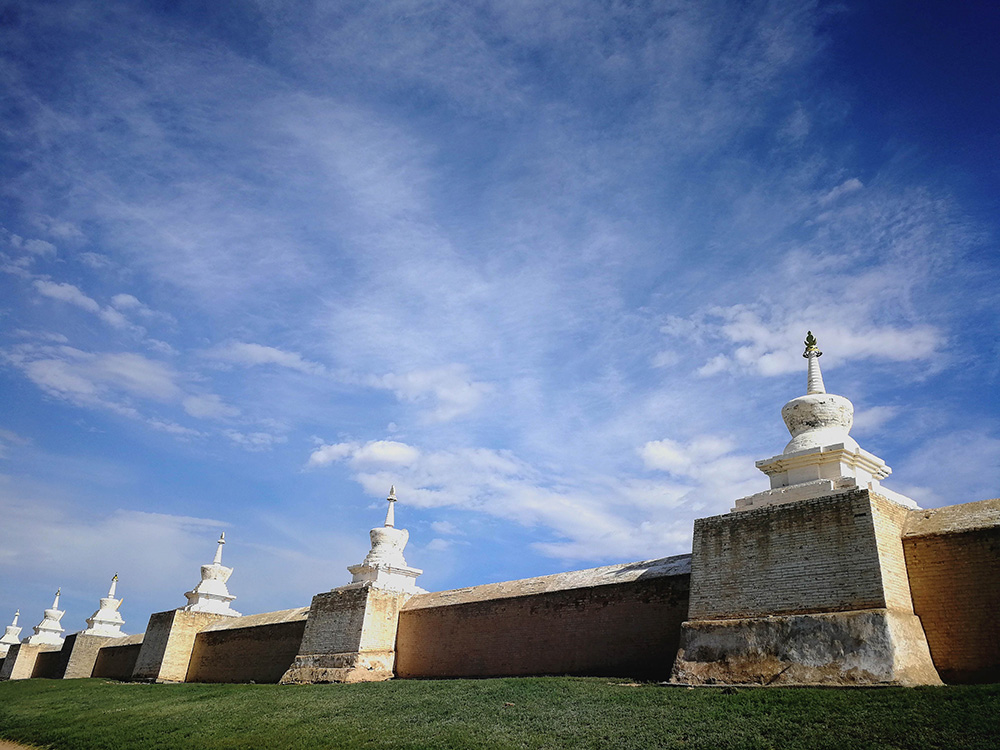 Another surviving Buddhist site is that of the Erdene Zuu Monastery. This is considered one of the earliest still-surviving Monastery’s in Mongolia. The location is part of the Orkhon Valley Cultural Landscape World Heritage Sites and is affiliated with the Gelug sect of Tibetan Buddhism. Construction on this site was originally complete in 1585 after the Mongolian ruler Abtai Sain Khan met with the 3rd Dalai Lama and formally declared Tibetan Buddhism the religion of Mongolia. Stones from nearby ruins of Karakorum (the previous Mongol capital) were used in the monastery’s construction and the architecture included a Chinese-style roof covered with green tiles.

The monastery was destroyed in 1939 during the rule of Communist leader Khorloogiin Choibalsan. This was part of a purge that destroyed hundreds of monasteries in Mongolia and killed over ten thousand monks. After the fall of Communism in 1990, the monastery was passed back to the lamas and once again became a place of worship. It remains and active Buddhist monastery today and includes a small museum which is open to tourists. 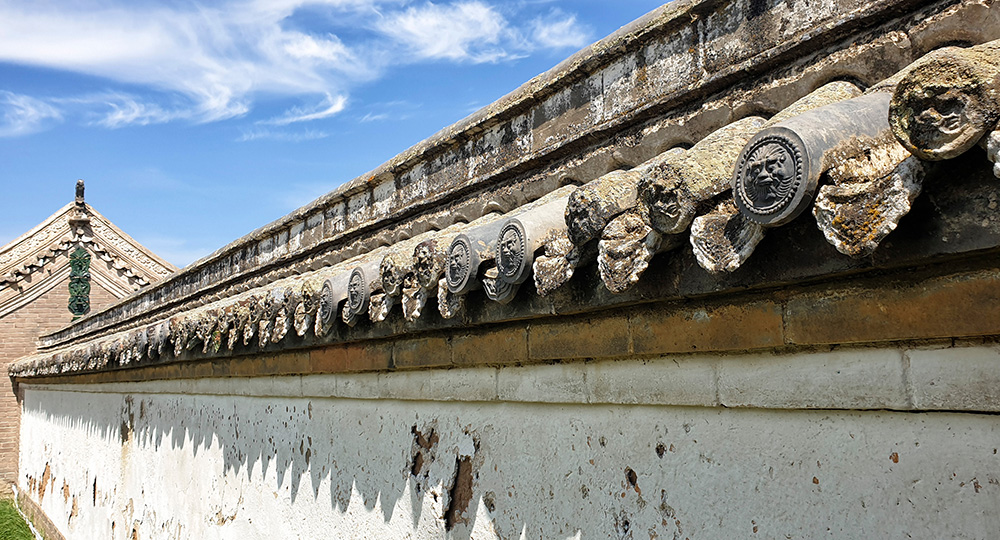 Another surviving monastery near to Erdenet is the Amarbayasgalant Monastery, or “Monastery of Tranquil Felicity”. It is one of the three largest such Buddhist monastic locations in Mongolia and is located 60 kilometres from Erdenet. The location was established by the Manchu Yongzheng Emperor in 1727 and consists of many different temple halls, all of different styles. The structure showcases an overriding Chinese influence but includes themes of both Mongol and Tibetan influence. The monastery is meant to resemble Yongzheng’s own palace in Beijing. It consists of over 40 temples and is another one of few monasteries to have escaped the Stalinist purges of the 1930s. Today, 28 temples remain, and work has been underway by UNESCO to restore the location to its full former glory. 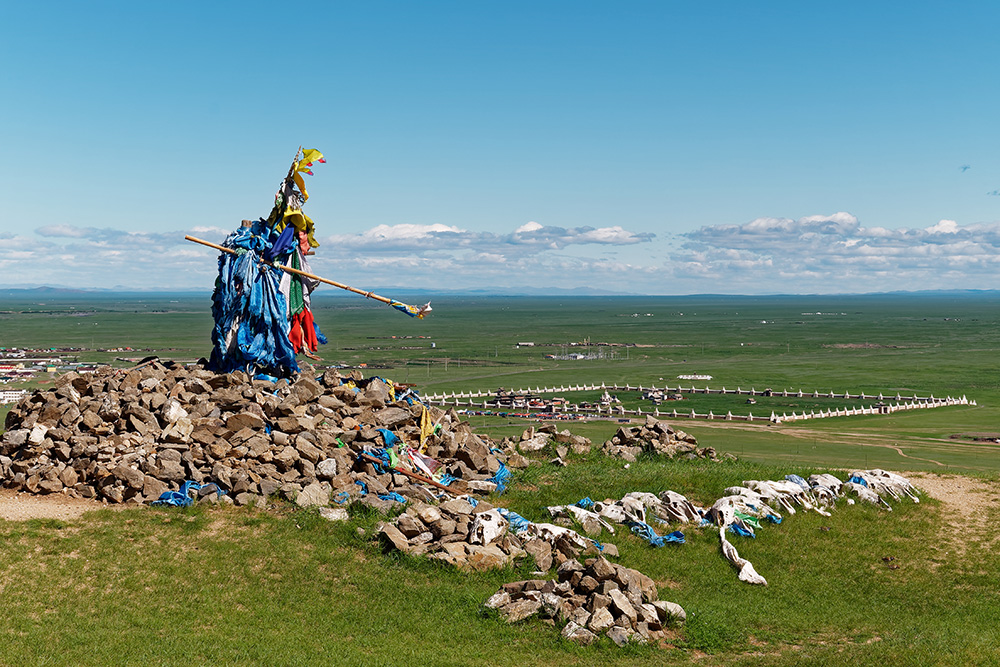