Ulaanbaatar is a combination of traditional Mongolian development alongside the modern urbanization of the city center. As a result, styles of buildings and monuments vary greatly, including influences from Chinese culture. One of the country’s most notable landmarks located within Ulaanbaatar is the Government Palace. Also known as the State Palace, it is located on the north side of Sukhbaatar Square and houses various state administration offices. It is sometimes referred to as the “Grey Palace” due to its previous color (which was modified to white in 2007). Located on the grounds of a previously-built monastery, the location was also previously Sukhbaatar’s Masusoleum but was torn down in 2005 and replaced by the monument to Genghis Khan. 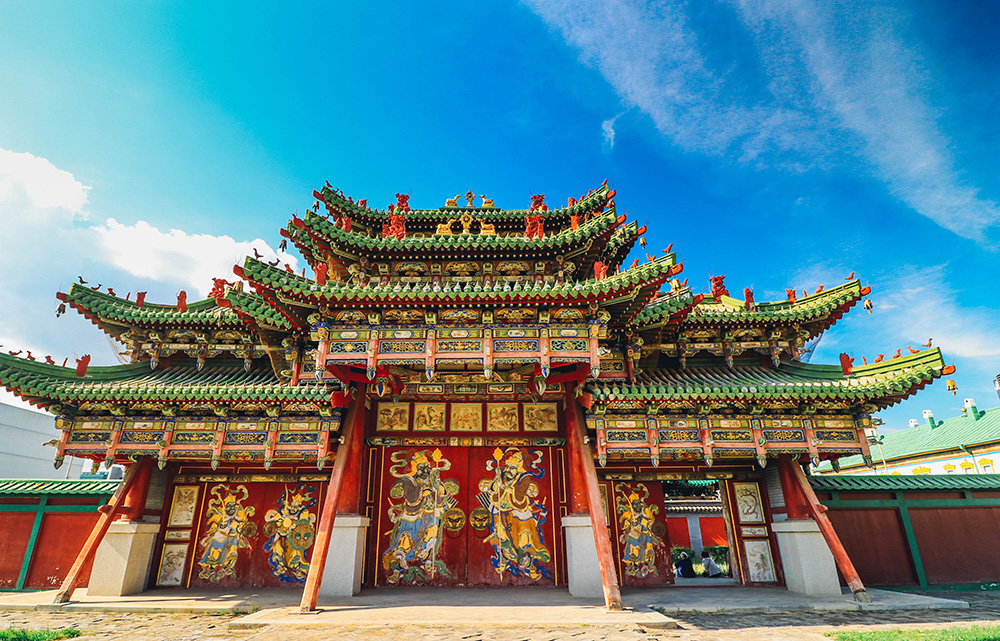 The city is home to several notable monasteries, including the Gandantegchinlen Monastery. Previously restored and revitalized in 1990, the Tibetan-name translates to “Great Place of Complete Joy” and has over 150 monks in residence. The monastery features a 26.5 meter high statue of Avalokitesvara and was originally constructed in 1809, with only a single wooden pillar still remaining from the original structure. The location was spared complete destruction during the 1930’s when many other monasteries were destroyed. The location was re-opened in 1944 as a way to pay homage to traditional Mongolian culture and religion, albeit under very strict and limited operations. These restrictions were only lifted in 1990 during the end of Marxism in Mongolia.

Paying homage to Mongolia’s importance on the silk road trading route of the past, the Silk Road Complex Monument is located in the city center. Several monuments are located within the park, all depicting life along the silk road. Larger-than-life sculptures of camels and caravan are depicted here, however it is important to note the monument has been placed in the center of a busy intersection and take some manoeuvring to see up close. 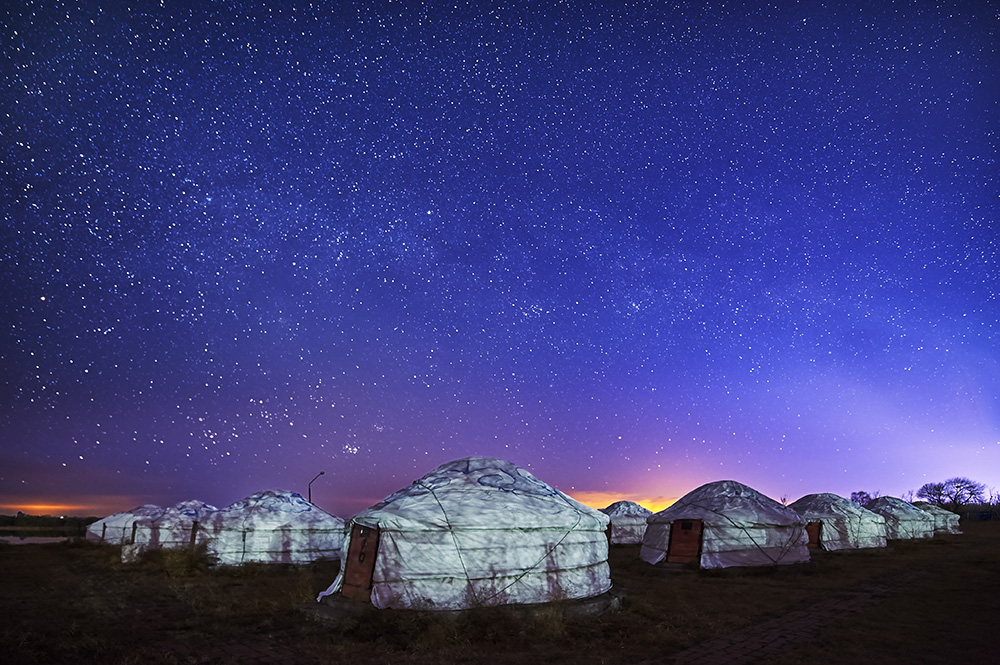 A more modern landmark that showcases the city’s urban development is the State Department Store, located in the central-west part of the city. Locally it is referred to as “Ikh Delguur”, which literally translates into “mega shop”. This was previously the largest shopping mall in Mongolia during the communist period and is still one of the largest outlets for imported goods, groceries and souvenirs. Located directly across from the State Department Store is Mongolia’s circus, a popular family place during the country’s communist period.

The city, like many others within Mongolia, offers many monument that commemorate its Soviet past. One of these such monuments is the Zaisan Memorial. Built by the Russians to commemorate unknown soldiers and heroes from various wars, it features socialist realism imagery with Soviet mosaics and reliefs. Here you will see both Stalin and Lenin depicted. It is located adjacent to a massive tank which was previously part of the Mongolia People’s Tank Brigade and was part of the country’s actions against the Nazis during the second World War. 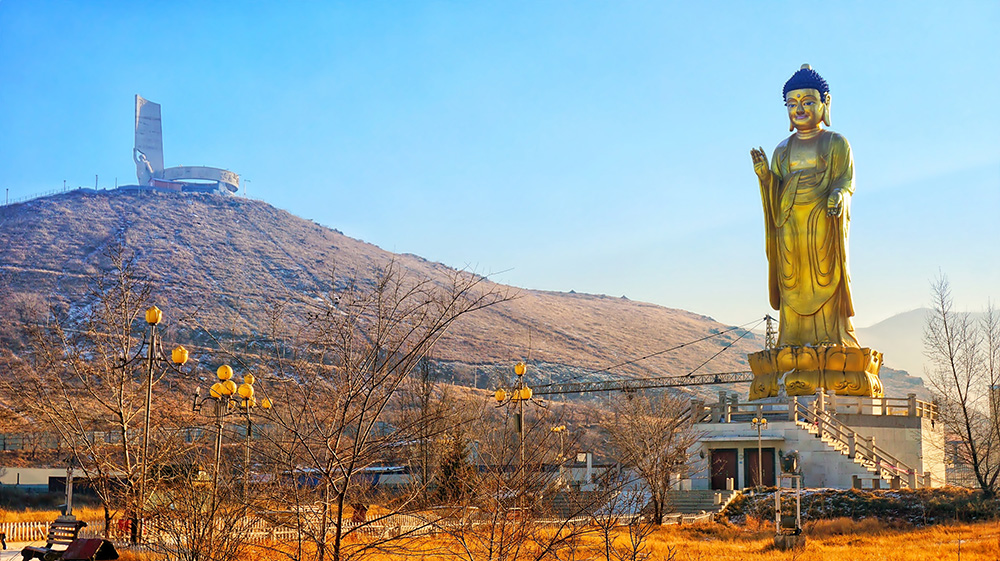 The city of Ulaanbaatar is home to Mongolia’s developing arts scene. Visitors should take time to visit the Mongolian State Academic Theatre of Opera and Ballet, which is open year-round. This theatre has showcased hundreds of national and classic works and often collaborates with globally renown ballet houses such as the Boston Theatre. The opera house is built in a neoclassical style and held its original opening ceremony on 18 May 1963. 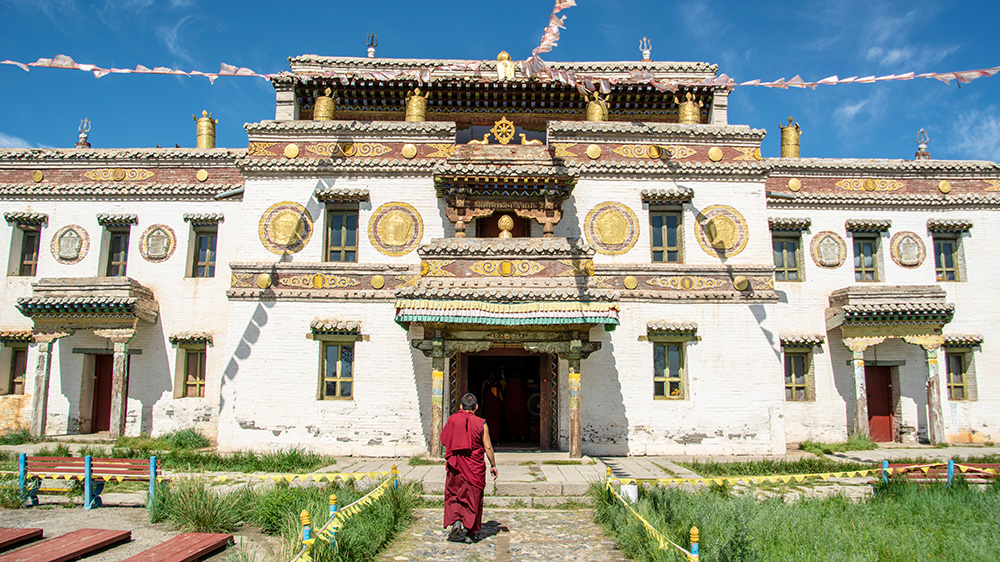